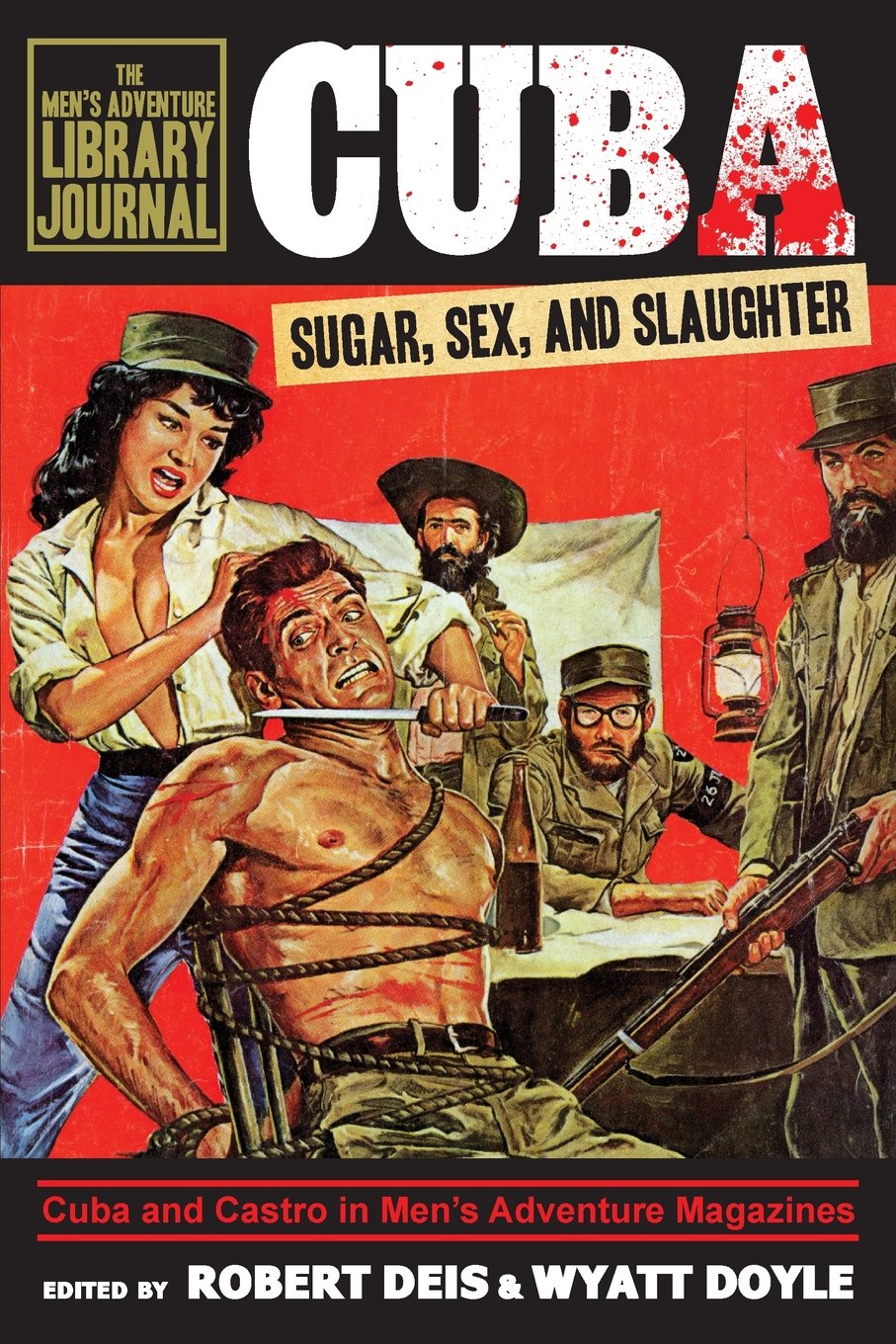 In his younger days, Robert Deis explored various options for making a living. Among other things, he worked as a teacher, an artist, a musician, a logger in the Maine woods, a magazine writer and a state government bureaucrat. Eventually (by accident rather than design) he fell into a long-lasting career as a political consultant. Nowadays, he blogs and writes about things that interest him, such as famous quotations and men’s adventure magazines. Bob grew up in the decades when men’s adventure magazines were flourishing, but he didn’t take much notice of them until he read the 2004 book MEN’S ADVENTURE MAGAZINES IN POSTWAR AMERICA, which features the amazing art and magazine collection of Rich Oberg. That inspired him to start collecting and studying men’s adventure magazines. In 2009, he created the MensPulpMags.com blog. Through that, he met other fans of the genre, including Rich Oberg, Wyatt Doyle and Josh Alan Friedman, who all agree that what the world needs now is greater exposure to the wild, weird world of men’s adventure pulp fiction and pulp art.